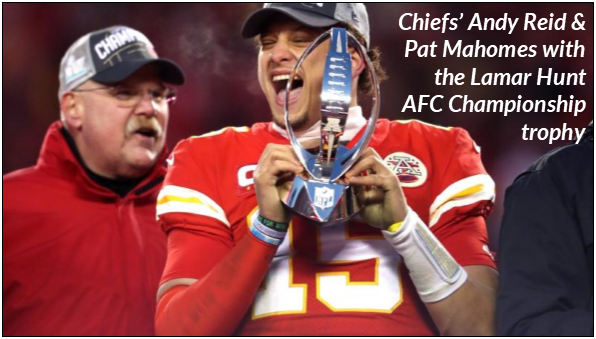 It was a beautiful Sunday evening, in the Miami heat

The Chiefs were losing, many expecting defeat

There was no way, they could turn this around

Momentum had sided, with the team from the bay

I guess it wasn’t meant, to be Kansas City’s day

But little did they know, the team left for dead

Still had a heart beat and hailed from arrowhead

Mahomes with a smile, as he entered the game

Looked at the boys and calmly explained

The time is now, and they don’t have a clue

When the clock hits zero, they all will be blue.

Took control, as it was meant to be.

Andy Reid, such a great man,

And who couldn’t be, a Lamar Hunt fan

As we start off February, which is the Month of Love

Congrats to the Chiefs, and the RED KINGDOM!

I am truly humbled and honored to have the opportunity to be a part of Meadowlark Hills.

Pig Out for Parkinson's at Rockin' K's